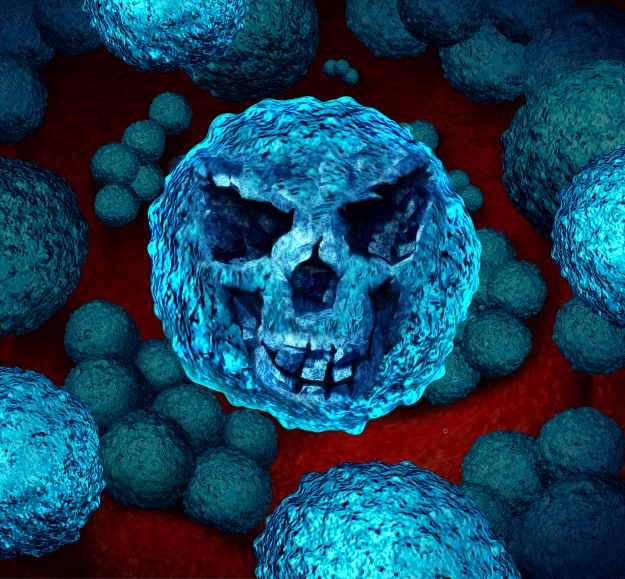 The Scottish physician Alexander Fleming discovered penicillin in 1928. Since then, antibiotics have transformed modern medicine and saved millions of lives by killing or slowing the growth of the bacteria that cause conditions such as bronchitis and pneumonia.

However, shortly after winning the Nobel Prize in 1945, Fleming issued this warning in The New York Times: “The thoughtless person playing with penicillin treatment is morally responsible for the death of the man who succumbs to infection with the penicillin-resistant organism.”

As he predicted almost 75 years ago, the world is now facing a public health crisis caused by antibiotic resistance.

Rampant overuse and misuse of these vital drugs—in people and animals—cause bacteria to mutate, making them impervious to the antibiotics physicians and patients have relied on for decades to fight serious, sometimes deadly, bacterial infections.

In the United States, antibiotic-resistant bacteria harm at least 2 million people every year, leading to 23,000 deaths, according to the Centers for Disease Control and Prevention. The global effects threaten to be just as devastating: Studies estimate that drug-resistant bacteria may cause more deaths than cancer worldwide by 2050.

Physicians at Johns Hopkins and around the world urge coordinated action to change how we prescribe and use antibiotics. Johns Hopkins investigators even won a five-year, $16 million contract from the U.S. Department of Health and Human Services’ Agency for Healthcare Research and Quality in 2016 to improve antibiotic prescribing and fight superbugs.

At least half of all antibiotic prescribing occurs in the outpatient setting. Researchers estimate that physicians prescribe antibiotics unnecessarily at least 30 percent of the time for patients without evidence of bacterial infections. Experts agree that physicians should prescribe fewer courses of antibiotics, and patients should demand them less—though both of these moves will mean adopting new practices, according to Johns Hopkins research.

Antibiotic use rose by more than a third around the world from 2000 to 2010. Rising incomes—especially in emerging economies such as Brazil, China, India, Russia and South Africa—largely account for the growing global access to antibiotics. High-income countries also remain large consumers: U.S. per-capita antibiotic consumption is double that of India and triple that of China.

We have to stop taking antibiotics for granted and start viewing them as a precious resource to be preserved. We must strive to limit their use to situations when they can cure bacterial infections and improve outcomes. In addition, we must improve water safety, sanitation and immunization around the world. Antibiotics should complement public health initiatives, not serve as a substitute for improving health and health care more universally.

There’s also the complex problem of reducing antibiotics in our food supply.

Meat and poultry production accounts for about 80 percent of the antibiotics sold in the United States. The industry uses the majority on healthy animals, putting the antibiotics directly into feed or water to promote growth or prevent disease in crowded or unsanitary conditions. The widespread use of antibiotics on healthy livestock contributes to resistance.

Starting in January 2017, the Food and Drug Administration implemented the Veterinary Feed Directive, which requires a licensed veterinarian to oversee when an animal is administered any antibiotic that is in a class also used in human medicine. The goal is to decrease overall antibiotic use in food production—particularly those used to promote growth—and to encourage implementation of infection prevention approaches that make animals less susceptible to catching and spreading infection.

As we take on this growing crisis, we also would be wise to leverage technology for rapid diagnostics so we prescribe antibiotics only when they’re needed. Big Data will also be key in tracking hospital infection control and monitoring antibiotic resistance and population health.

It is encouraging to see countries and companies address this issue. For example, last year the G20 leaders signed a declaration on global health that included tackling antibiotic resistance. And earlier this year, McDonald’s began a global rollback of using antibiotics in its chicken products.

However, we all must do more to preserve the effectiveness of antibiotics to help save more lives around the world for a long time to come.

Dr. Sara Cosgrove, professor of medicine and epidemiology at the Johns Hopkins University, is an infectious diseases physician and director of The Johns Hopkins Hospital Department of Antimicrobial Stewardship Program. In this capacity, she oversees antibiotic use at the hospital to ensure patients receive the best possible therapy when they need antibiotics. Dr. Cosgrove’s research interests include epidemiology and outcomes of antimicrobial resistance, development of tools and programs to promote rational use of antimicrobials, and prevention of hospital-acquired infections.