Part of a Nobel Entourage 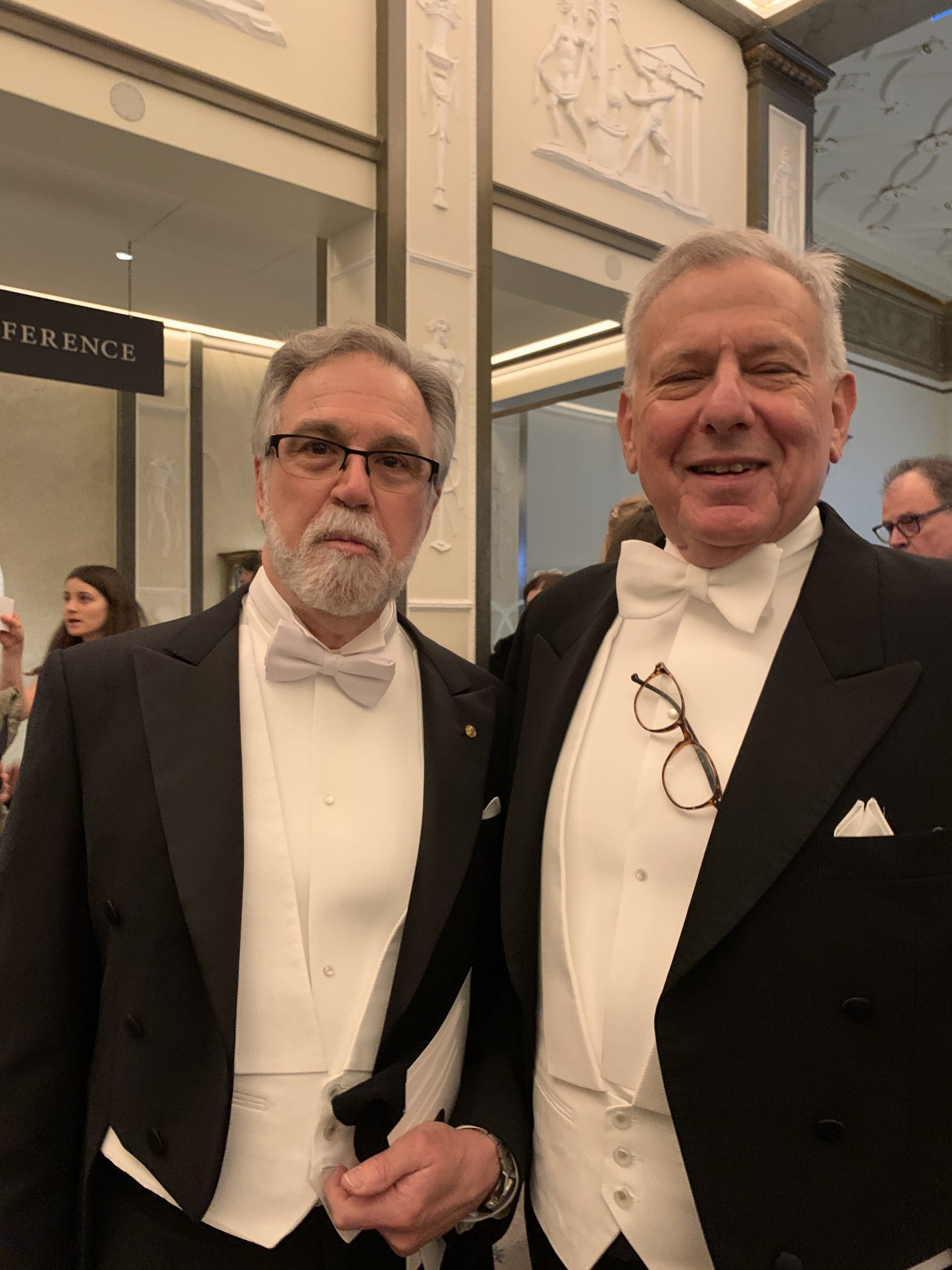 “Gregg, when you win the Nobel, I want a ticket.”

That’s what I told Dr. Gregg Semenza 25 years ago as he began making serious headway in his research on the hypoxia-inducible factor 1 (HIF-1) protein, which switches genes on and off in cells in response to low oxygen levels.

Thanks to the research of chemists Antoine Lavoisier, Joseph Priestly and Carl Scheel in the 18th century, we’ve known that oxygen is essential for life. And for hundreds of years scientists, including Louis Pasteur, had been trying to unlock the mechanism behind the basic biological processes that allows cells to survive in conditions of reduced oxygen.

Back around 1995, Gregg had isolated HIF-1 from cultured liver cells and was discovering how it binds to DNA segments to turn on the hormone erythropoietin, which tells the bone marrow to make red blood cells to compensate for low levels of oxygen.

I first met Gregg around this time when he was presenting his early findings at a lung conference attended mostly by physiologists. We were blown away by the importance of his research because we studied the lung and were very invested in addressing hypoxia, a condition where not enough oxygen makes it to the cells. Like so many others, we also recognized the potential for applying his research to other biochemical processes where oxygen is vital, such as glucose metabolism, hormone production, blood vessel development and tissue preservation in times of low oxygen.

I approached Gregg soon after that conference and asked if I could collaborate with him and learn some of his genetic and molecular biology techniques to apply to my own hypoxia research. I worked in his lab for about a year before I ended up redirecting my career away from research toward education — but it was the start of a long and cherished friendship.

As a good friend, Gregg honored my long-ago request to join him in Stockholm as he received the 2019 Nobel Prize in Physiology or Medicine for his research, which has far-reaching implications for our understanding of the impact of low oxygen levels in blood disorders, blinding eye diseases, cancer, diabetes, coronary artery disease and other conditions.

I had the honor of joining Gregg, his beautiful family and a small group of his mentors and supporters from Hopkins last month for the Nobel Prize ceremony and banquet. You can check out in-depth articles and videos chronicling Nobel Week in Stockholm. And you can view a slideshow of some of my favorite photos from our trip.

It was an incredible experience to share with my friend and Hopkins’ newest Nobel laureate, Dr. Gregg Semenza.