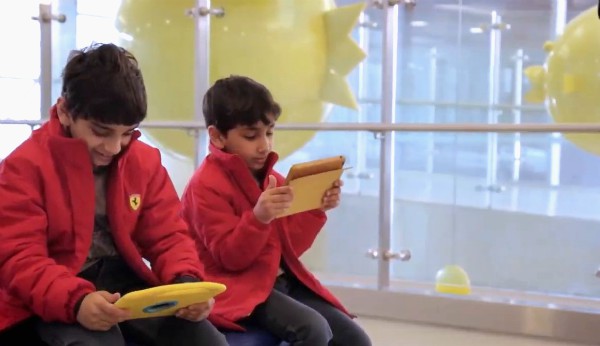 Often it falls to big brothers to protect their younger brothers. In Zayed’s case, it was his little brother who saved him from a lifetime of regular blood transfusions.

As an infant, Zayed was diagnosed with a blood disorder called beta thalassemia. In addition to requiring blood transfusions every 2-4 weeks, the condition can result in decreased appetite, increased risk of infections and delayed growth.

By the time Zayed was about 4 years old, his parents had had another baby — Mohamed — and saved the newborn’s placenta stem cells at a private cord blood bank in their native United Arab Emirates. The family decided the time was right to bring Zayed to the United States — eventually to The Johns Hopkins Hospital — for care.

They had a consultation with Kenneth Cooke, Johns Hopkins’ director of pediatric bone marrow transplantation. Dr. Cooke explored the possibility of performing a blood stem cell transplant, a procedure that replaces defective blood-forming cells with healthy cells. If successful, the transplant could cure Zayed’s condition.

Watch this video of how life-altering treatment at Johns Hopkins has led two brothers and their family to what Dr. Cooke calls “happily ever after.”

Global Promise Editor curates content to help spark conversation among health care professionals, influencers and others who are committed to improving the health of individuals and communities worldwide through collaboration across borders.