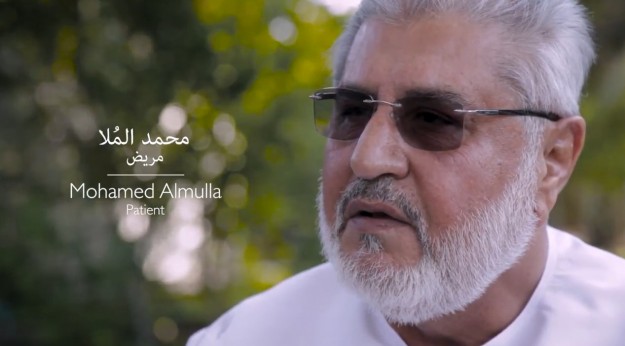 Mohamed Almulla wanted a peaceful retirement. “Any old man, like me, needs quietness,” he says. However, Mr. Almulla’s health hampered his ability to relax and spend time with his family on their farm near Abu Dhabi in the United Arab Emirates.

He reached out to Johns Hopkins Medicine International (JHI) to improve his quality of life. Early in Mr. Almulla’s stay, his team of caregivers determined he was suffering from a number of chronic conditions, including high blood pressure and diabetes.

In a few weeks’ time, Mr. Almulla was receiving comprehensive treatment and was seeing improvements that could have taken months to achieve in a different care setting.

You can view a video of his care journey here or click below.

“When he left, he was feeling much better and was able to return to his farm, to his chickens and crop of dates, and to doing many more things with his family that he wasn’t able to do before he got here,” says Dr. Locke.

Global Promise Editor curates content to help spark conversation among health care professionals, influencers and others who are committed to improving the health of individuals and communities worldwide through collaboration across borders.